In November, half of the Washington State Fish and Wildlife Commission went against the advice of Washington Department of Fish and Wildlife Director Kelly Susewind and his staff and postponed the 2022 spring bear hunt, an event that has occurred for decades in our state. This month, the commission revisited the issue, and in a 4-3 vote decided to look at a rule change that could result in the spring bear hunt occurring, albeit not before May 1. A public comment period will occur prior to that time for people to express their views.

Three new Washington Fish and Wildlife Commissioners will get a chance to weigh in on this possible hunt. Gov. Jay Inslee appointed John Lehmkuhl, Melanie Rowland and Tim Ragen to the commission, filling two vacancies and taking the place of longtime chair Larry Carpenter, whose term on the commission expired at the end of 2020.

John Lehmkuhl is a former U.S. Forest Service research wildlife biologist from north central Washington. He has served on the WDFW Wildlife Diversity Advisory Council since 2015 and is an avid horseman, who operates a saddlery business south of Wenatchee. Lehmkuhl describes himself, “as a life-long hunter, angler and conservationist” and fills the seat vacated over a year ago by Dave Graybill.

Another north central Washington pick for a commission seat is Melanie Rowland. She is an environmental attorney who formerly worked with the National Marine Fisheries Service to implement Endangered Species Act protections for salmonid fish and marine mammals in the Northwest. In recent years, Rowland has served as legal counsel for the Methow Valley Citizens Council. This group advocates for, “the protection of the Methow Valley’s natural environment and rural character.” The organization sued to stop the expansion of ATV use on Forest Service roads in Okanogan County without an environmental review, a lawsuit this non-profit won. The council also supports the reintroduction of grizzly bears into the North Cascades.

The other new commissioner is Tim Ragen, the former executive director of the U.S. Marine Mammal Commission who calls Skagit County home. Ragen has been an advocate for suspending commercial whale watching around the San Juan Islands and for reducing or eliminating Chinook salmon fishing in portions of Puget Sound to protect resident Orca whales in the Salish Sea.

One fact about the current commission is worth noting. Only three out of nine of the commissioners identify as hunters and anglers, the rest of them stick to non-consumptive outdoors pursuits. WDFW’s mandate is to “preserve, protect and perpetuate the state’s fish, wildlife, and ecosystems while providing sustainable fish and wildlife recreational and commercial opportunities.” It will be interesting to see how well the commission supports those fishing and hunting opportunities in the months ahead.

The limit is one sturgeon per day, two per year, and the fish have to measure between 43 and 54 inches from the nose to the fork of the tail. There are no restrictions on catch and release fishing for sturgeon. 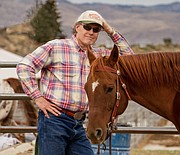 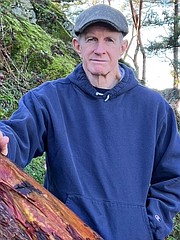