At 6 a.m. Jan. 13, a 50-mph gust wiped out a power line on Road U Northeast in Grant County. The first responder to the scene? A public works employee.

The PUD called the county road department, Public Works Director Sam Castro said. Because the power line could be hazardous to the public, the department closed the road immediately and stayed on site until they were relieved by other first responders.

This role is not uncommon among public works professionals and is often overlooked, Castro said.

In the wake of the 9/11 attacks, President George Bush issued Homeland Security Presidential Directive 5, recognizing that a public works response to emergencies and disasters is an absolute necessity, according to the American Public Works Association.

Along with this new directive, emergency responders had to fall in alignment with the National Incident Management System, creating an ordinance of protocols to be used across the country regardless of the emergency.

Castro has been in public works for 31 years, he said. When the first responders role came into effect, he was working for the city of Bellevue. Immediately, he received terrorist threat detection training, as well as Incident Command System training through the Federal Emergency Management Agency. In turn, the federal government gave public works departments additional funding for this new responsibility.

“Prior to that, we were pretty loosey-goosey,” Castro said.

When he was the public works director for Pend Oreille County in 2015, Castro received real-life simulation training for terrorists coming through the Canadian border. Castro had to work with other emergency responders to secure water and other utilities for which public works employees are responsible.

Castro dealt with several wildfires during his time there too, he said. President Barack Obama declared a national emergency, as the fires covered not just Washington, but California, Oregon, Idaho and Montana. During this crisis, Castro supported the needs of county commissioners 12 hours per day.

“There’s no question that I understand the role of a public works emergency responder,” Castro said.

But in Grant County, public works employees haven’t been required to maintain their Incident Command System training, he said. Castro’s goal is for all 114 Grant County Public Works employees to undergo the introductory level training, with additional education for those with higher responsibilities.

“The more people participate and get a better understanding, they realize the bigger picture,” he said.

The biggest natural disaster in Grant County is brush fires, Castro said. This requires preparation and coordination with the local fire departments.

Public works employees also have a responsibility to support other cities, counties and states, Castro said.

“If there was an earthquake in Seattle today, let’s call it that big earthquake that everybody talks about, the local responders in that area are going to be consumed,” Castro said. “They might not even be able to respond, because they’re dealing with their own issues with their own families at home.”

In the six months Castro has held his current position, he’s developed agreements with surrounding counties for plans in the event of a natural disaster.

There have been many other workers who have stepped into this role, he said. During COVID-19, medical professionals are “truly our heroes,” and should be recognized as such.

“I’m not trying to take away anything from my brothers and sisters in law enforcement and firefighters; they’re critical and essential,” Castro said. “But in 2003, we were designated by the president of the United States as part of that group.”

Public works professionals work incredibly long hours during a crisis, supporting other agencies and communicating with the public, he said. After a long night’s work, they drive through the coffee stand, where others are being recognized, and are overlooked, he said.

But it’s deeper than that.

“I’m not asking for a free cup of coffee,” he said. “I am asking (people) to realize there are several others that play that role.” 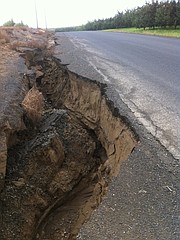 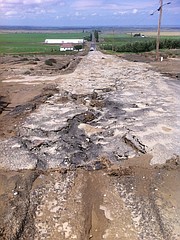