He graduated at the age of 16 in 1942 at Worland High School. That same year his family moved to the state of Washington to farm. Three years later he met Stella. In the early ’50s they moved to Warden, Washington, to continue farming and raise their seven children. In 1978, Santos stopped farming when the sugar beet plant in Moses Lake closed. He later began working for the Carnation potato plant where he retired.

Thank you to all that came to visit Papa during these years – especially you, Uncle Phil.

What was said to me of my dad from dear friends: “He is an angel in heaven. Your papa was a sweet special man. He was an amazing person who helped others whenever and wherever he could.” They were right, that was my Papa.

Services will be announced at a later date. 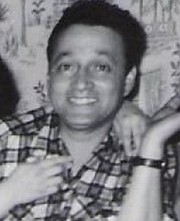