EPHRATA — The race for the seat on the Grant County Superior Court between Judge John D. Knodell and Deputy Prosecutor Kevin McCrae is another chapter in a long and uneasy relationship.

Several years ago, Knodell insisted that cases brought before him were ready to proceed to trial without substantial delays and numerous continuances to review newly submitted evidence, both candidates said to the Herald separately. To ensure this, he insisted that the prosecutor — and police agencies, according to McCrae — state on the record that they were ready or nearly ready for trial.

In response, the Prosecutor’s Office, under the leadership of County Prosecutor Garth Dano, began systematically disqualifying Knodell from overseeing criminal cases, using an existing statute that allows each party in a case to disqualify one judicial officer, McCrae said. Knodell has since exchanged caseloads with other Superior Court judges to handle other types of cases before the court, a campaign spokesperson stated Thursday evening.

According to Knodell, the dispute came after years of inefficient court cases that failed to bring timely justice to victims or defendants, wasted taxpayer money and inconvenienced witnesses.

“Over a period of several years, it had become apparent to me that the Prosecutor’s office was increasingly bringing cases before the court that were inadequately prepared,” Knodell wrote in an email to the Herald. “The speedy trial rule (60 days) had been virtually abandoned, and trial dates had become meaningless.”

If the Prosecutor’s Office continued to submit evidence in cases long after they had been filed, the defense would also have to ask for additional continuances, and the case would drag on, Knodell wrote.

When contacted for this article, Dano was dismayed and said ethical considerations directed him not to make further comment.

McCrae said he acknowledged that delayed court dates and case backlogs are a systemic problem, but he said that he hadn’t seen that change in the 10 years he has worked in Grant County.

Further, McCrae argued in an interview Wednesday, that the standard Knodell set was unprecedented and unreasonable.

“Knodell was trying to add a requirement that frankly is nowhere in the law, and no other judge that I know has done this,” McCrae said. “I think the rule does give a judge the ability to address when the parties are not proceeding with the case efficiently, but I don’t think you can refuse to do your job to force someone to do something they aren’t doing. That isn’t in the law.”

New evidence regularly comes up in cases, McCrae said, whether witnesses say something in interviews with prosecutors that wasn’t reported to police, or if law enforcement arrests someone who is a danger to the community before an investigation is complete. The Prosecutor’s Office never tested what the repercussions might be if they introduced more evidence after testifying to Knodell that they were ready to proceed to trial, and instead began to systematically disqualify Knodell from criminal cases, McCrae said.

McCrae also stated that Knodell’s issue with the inefficiency of the court may be based on Knodell’s time as county prosecutor from 1991 to 2008, which took place before the county in 2009 settled a lawsuit by the American Civil Liberties Union. That suit, Best v. Grant County, challenged the constitutionality of the public defense system in Grant County, arguing it was underfunded, overworked and lacked independence, and McCrae argued the resulting settlement created a more robust public defense system in the county.

Knodell responded that McCrae did not work in Grant County when Knodell was its chief prosecutor and said he was “not in a position to speculate about why court proceedings were less efficient now than they were then.”

Knodell disputed that he had ever refused to review a case, but said that a trial judge had the obligation to require the prosecution to state on the record that it was using due diligence to prepare for the trial. If the prosecution is not meeting its obligation to efficiently litigate cases, it should be required to state its reasoning and “face the appropriate consequences for not doing their duty,” Knodell said.

“Mr. McCrae will not acknowledge that there is room for improvement in his office, has made no attempt to work with me on this issue, and simply chooses to avoid my court,” Knodell wrote. 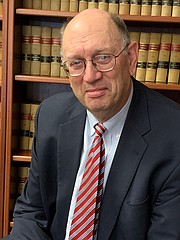 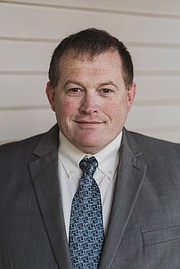